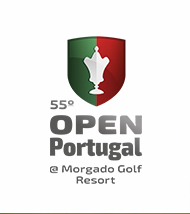 THE HISTORIC
OPEN PORTUGAL
IS BACK

BOOK AT THE BEST PRICE

Exclusive promotions For direct bookings on our website and by phone

LEARN MORE
After 7 years of absence, the Open de Portugal returns in 2017 to the calendar of the European Tour, the first division of European professional golf and to the Challenge Tour. The historic tournament will be played at Morgado Golf Resort, in Portimão, between 11 and 14 May, with the organisation of the NAU Hotels & Resorts, the Portuguese Golf Federation (FPG) and the Association of Golf Professionals of Portugal (PGA Portugal), in partnership with the European Tour and Challenge Tour. Open de Portugal @ Morgado Golf Resort marks the return to the Algarve of a competition that visited this region for the last time in 2006. In this 55th edition of its history, the tournament will be conducted in a dual ranking format, simultaneously counting for the Race to Dubai (the European Tour ranking) and for the Race to Oman (Challenge Tour ranking), and also attributing points for the World Ranking and for the European ranking of the Ryder Cup. This will be the only tournament of the Challenge Tour in 2017 with the category of “Major”, in which the champion is immediately promoted, by offering one year of exemption in the principal circuit. In addition to the sports relevance of this great event, we also highlight the impact that holding the Open de Portugal at Morgado Golf Resort will have in terms of national and regional tourism. Mário Azevedo Ferreira, CEO of NAU Hotels & Resorts, notes that “the fact that the Open de Portugal returns in 2017, this time at Morgado Golf Resort, will decisively contribute to the image of Portugal and the Algarve as preferred destinations for playing golf, placing Morgado Golf Resort and Portimão on the map of the major international events of this sport”, and stresses that “at this level, it is also with great sense of satisfaction and pride that NAU Hotels & Resorts has the privilege to organise this event with FPG and PGA Portugal. This the recognition of the work that we have been developing over these last few years to position the golf courses and hotels of the NAU Hotels & Resorts in the national and international panorama of amateur and professional golf, with an offer of excellence of facilities and services. NAU Hotels & Resorts offer 8 hotels and 3 golf courses in the Algarve, which are well known to all.” The European Tour began in 1972, at that time the Open de Portugal already existed and was one of the founding events of the European first division. TOURNAMENT'S OFFICIAL WEBSITE

BOOK AT THE BEST PRICE